Khenpo Sonam Gyatso Rinpoche was born in 1952 in Gonjo, Kham, Tibet. He became monk at the age of 15 and received the Bikshu vows from his master the 1st Kyabje Thuksey Rinpoche in the monastery of Druk Thubten Sangag Choëling, Darjeeling. He pursued Buddhist philosophy studies for 9 years at the renowned university of Benares. He received the title of Khenpo from His Holiness the 16th Gyalwa Karmapa et from His Holiness the 12th Gyalwang Drukpa.
Khenpo Sonam Gyatso Rinpoche teaches philosophy and Buddhist logic in India since 35 years, in the Buddhist Studie Department of the Central Institute of Higher Tibetan Studies in Benares.
Khenpo Sonam Gyatso Rinpoche also participated a number of conferences and regularly travels around the world to share his knowledge with many Buddhist centers.

This great master of the Drukpa lineage is reputed to be one of the most learned in Tibetan Buddhism. 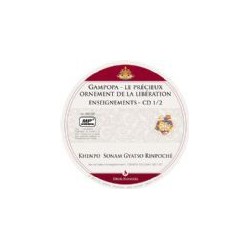 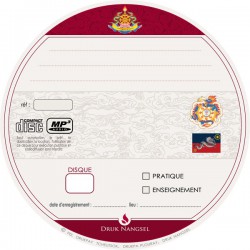